Politicians are often judged by their style as much as their substance. That does not work in Stephen Harper’s favour.

On matters of substance, he has mostly delivered what people would have expected based on his history.

Canada weathered the recession of 2007-2009 better than most countries. A major reason was the resiliency of Canadian financial institutions, while banking systems elsewhere teetered on the brink of collapse. The Bank of Canada and other national regulators punched well above their weight in global forums. The sound regulatory system that the Conservatives inherited operated as it was designed.

Until recently, oil and gas were major drivers of economic growth. The government’s main contribution was to let it happen—Harper, like Chrétien, has certainly not been a leader in responding to climate change. Government policy was not responsible for the price of oil rising above US$100 per barrel, nor for its subsequent collapse, which will clearly hurt Canada’s economy.

The government is strongly committed to free trade, having recently concluded a landmark agreement with the European Union in addition to treaties with South Korea, Ukraine, and others.

Harper became Prime Minister in 2006, following nine consecutive years of budget surpluses under Chretien and Martin and just as the global financial crisis was unfolding.

Canada began a stimulus program that led to deficits. Canada’s were much smaller than other G-7 countries—anything less would have been freeloading, since many of the benefits of stimulus programs spill across borders. Substantial infrastructure investments continue.

Most spending increases have involved giving money back to taxpayers, for example, with the increases to the universal child care benefit.

The federal books are just getting back to balance in 2015, not coincidentally in time for the election.

The Conservative bias has been to cut taxes, both at a macro level with the GST reduction and micro with various new deductions for families and seniors. The Parliamentary Budget Officer estimates aggregate savings to Canadian taxpayers at $30 billion per year.

The Conservatives have minimized their involvement in health care policy. They provide 6% annual increases in provincial transfers until 2016-2017 and tied to GDP increases (including inflation) thereafter. No meetings, no national strategy, no debates.

To the surprise of some, there have been no initiatives to change the landscape on abortion rights, and the Conservatives have become champions of gay refugees from oppressive regimes in Africa and the Middle East.

The Conservatives have implemented several “tough-on-crime” initiatives, including minimum sentences and reductions to early parole. Both have been subject to pushback by the Supreme Court. Bill C-51, a counter terrorism measure, has been criticized by privacy advocates. Another Supreme Court review is likely.

If re-elected, the Conservatives promise more of the same—small government, low taxes, infrastructure investments, aggressive approaches to terrorism and other crime, more free trade initiatives, and balanced budgets. It’s not everyone’s cup of tea but, on its own, would probably hold the vast majority of the 40% share of vote they received in the 2011 election.

Unfortunately for Harper, it is matters of style that frequently get the most attention. His dealings with the Senate have reflected many of the least attractive aspects.

Having unwisely promised to never appoint an unelected senator, he eventually realized that he would otherwise permanently entrench a Liberal majority. He subsequently appointed 59 senators, more notable for their partisan fidelity than legislative acumen.

When the spending scandal broke, his office attempted to micromanage the outcome, including the unsavory dealings with Mike Duffy. It would have been far better for Harper to distance himself from the whole affair, urging the Senate to clean up its own mess, which was certainly bipartisan.

That same obsession with control has restricted the role of government MPs. It has not been much fun to be a Conservative backbencher, which may in part account for the large number not reoffering.

Harper has pushed the envelope on government powers, leading to rebukes by the Supreme Court. He got into a public spat with Chief Justice Beverley McLachlin over the dubious effort to appoint Marc Nadon to the Court.

Cuts to federal science programs and cancellation of the long-form census have fostered the perception that the government is more driven by ideology than facts . The tough-on-crime agenda and the relentless attack ads on political rivals come across as mean-spirited.

He has what could charitably be called strained relations with the media. The PMO keeps an iron grip on what information is made available, when, and by whom. It is not surprising that Harper often receives equally hostile treatment.

None of this matters very much to the economy or the social fabric of the country. Nevertheless, current polls show the Conservatives having lost a quarter of their support since the 2011 election. It seems unlikely that this is because Canadians have a sudden appetite for more government and higher taxes.

Rather, it is about style. Harper has shown moments of grace: the sincere and well-crafted residential schools apology to First Nations peoples , the state funeral for Jack Layton, the embrace of Trudeau and Mulcair after the attack on parliament.

Canadians will have to believe that they will see more of that and less of the other side if he is to win the October election.

Correction: Last week’s article said that Justin Trudeau expelled his senators from the Liberal Party. In fact, they were removed from the national Liberal caucus, but can remain Party members.

United Nations Declaration on the Rights of Indigenous Peoples (UNDRIP) 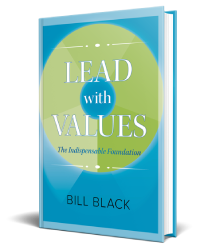